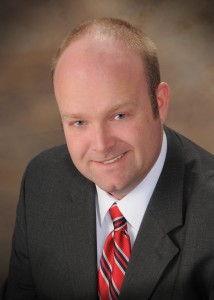 Last week, there were two significant damage awards to victims who have been injured by both DePuy hip replacements and Transvaginal Mesh products.

"The fact that juries are recognizing manufacturer liability and standing up for victims' rights is a positive sign for future plaintiffs," said Brian Kinsley, Mass Tort and Product Liability Practice Group Leader for Crumley Roberts.

Reuters reports that a Los Angeles jury ordered Johnson & Johnson’s DePuy orthopedic unit to pay more than $8 million in damages in the first trial of nearly 11,000 lawsuits filed over the company’s recalled artificial metal hips. In a mixed verdict, the jury, on Friday, found that the hips were defective. DePuy was ordered to pay more than $338,000 in medical costs and $8 million for pain and suffering to plaintiff Loren Kransky.

In a separate trial, a New Jersey jury has awarded Linda Gross more than $11 million in damages for failure to warn of the dangers associated with its transvaginal mesh product. In addition to $3.35 million in compensatory damages, the jury ordered Johnson & Johnson and its Ethicon subsidiary to pay an additional $7.76 million in punitive damages.

“These verdicts speak for themselves. Companies will not be allowed to profit from the sales of dangerous medical devices and put people at risk to increase their bottom line,” Kinsley added.

Founded in 1989, Crumley Roberts, LLP, represents individuals in the areas of personal injury, mass tort, drug injury, product liability, workers' compensation, and Social Security disability. The firm's mass tort practice focuses on those who sustained serious injuries due to the negligent design, manufacture and marketing of prescription medications and medical devices. The firm operates from 12 offices in North Carolina and South Carolina. To learn more about the firm, or its community relations activities, visit crumleyroberts.com or stay connected on Twitter, Facebook, or LinkedIn.